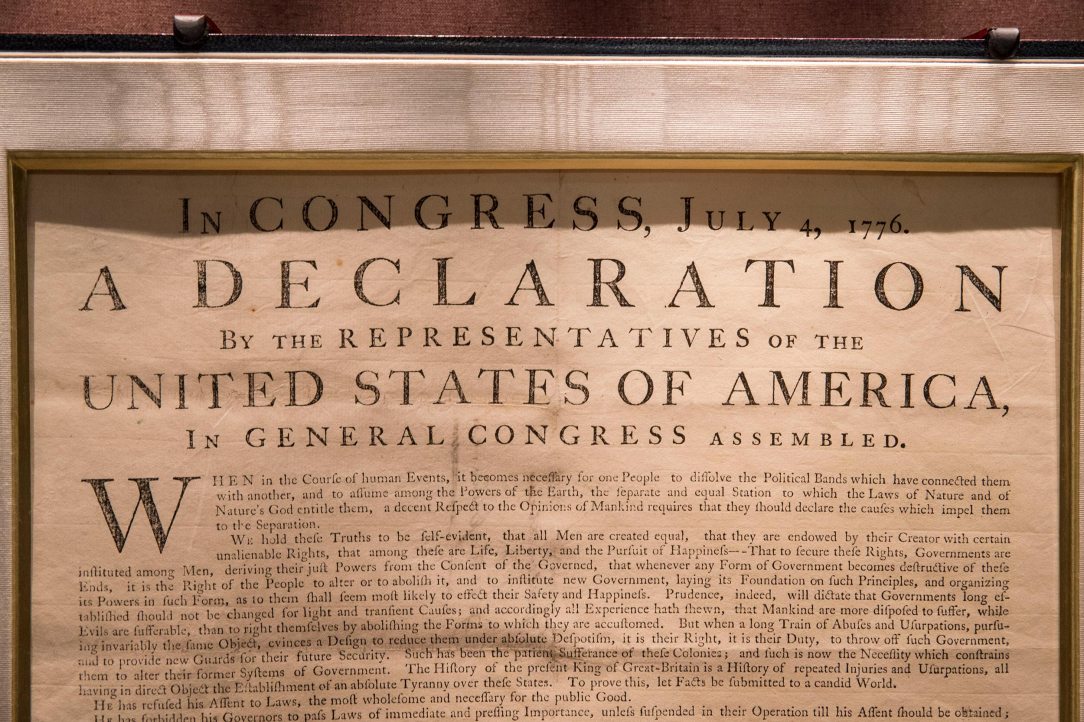 reflections on what it means to be American

By Natalie J Case in Ask Me Anything, Author's Notes, Current Events, Life and Other Fun on July 3, 2021
No comments

In 1776, on the fourth of July, the Continental Congress unanimously adopted the Declaration of Independence, kicking off the great American experiment in governing ourselves. It was the first step in throwing off the perceived chains of Britain’s hold on us, the beginning of our attempt at a government formed by the people.

July fourth became a national holiday in 1870, but it wasn’t a paid federal holiday until the 1940s. Over the years, the holiday has been observed in a number of ways, traditionally including flag-waving, fireworks and family BBQs. Nothing says freedom like hot dogs and hamburgers on the grill, I suppose.

The first real memory I have of understanding what the flag stood for, or the fervor of patriotism that it seems to inspire these days was in 1976, the second centennial of our stand for independence. Before then we recited the pledge everyday at school…but it was just so many meaningless words to this not-quite-eight-year old.

I wasn’t instilled with patriotic passion as a child. The concept of “the nation” and my place in it wasn’t something that my little brain gave much energy to.

As I grew, I did develop a love for the country I called home, and the older I get, the more radically I love, and want to improve, America. I’m not a flag-waving-ammo-sexual-patriot. I don’t actually even own a flag. I’m not likely to attend any fireworks displays (especially now when we are so dry and the state is burning), or play patriotic music.

I guess you could say I would rather live my patriotism than show it off. How do I do that? With my vote. With my vocal support of equality, equity and the desire to live the ideals of freedom, rather than the letter of the law. With my dollars that I spend or donate to support causes that are fighting for that ideal of freedom.

For me, the greatest thing about this country is the way we have progressed, and how we have allowed our understanding of what the founding fathers intended to grow with us, even though we still have a very long way to go.

Sometimes that progress needs to be dragged out of our past with a team of Clydesdales, and as recent years have showed us there is always a danger for our footing to flounder and the weight of our history to drag us backwards.

“We hold these truths to be self-evident, that all men are created equal, that they are endowed by their Creator with certain unalienable Rights, that among these are Life, Liberty and the pursuit of Happiness.–That to secure these rights, Governments are instituted among Men, deriving their just powers from the consent of the governed, –That whenever any Form of Government becomes destructive of these ends, it is the Right of the People to alter or to abolish it, and to institute new Government, laying its foundation on such principles and organizing its powers in such form, as to them shall seem most likely to effect their Safety and Happiness.”

Maybe they didn’t mean all men, and maybe they didn’t include women, but here we are, grown from that to, at least in theory, include all men and all women. Life, Liberty and the Pursuit of Happiness. Think on that was you wave your flag and grill your brats. Consider what that means to not only you, but those who are not like you. Consider what it will mean to your children, or the generations to follow.

In the grand scheme of the world, we are a young country, and we have a lot of growing up to do, we have high standards to hold ourselves to, and we have an ideal of freedom for all that we must embrace in our hearts.

I hope this holiday weekend finds you well, Readers, and that your days bring kindness.